"And the Dish Ran Away With the Spoon": Mythical Foodscapes in Children's Literature
Part II: Bunbury 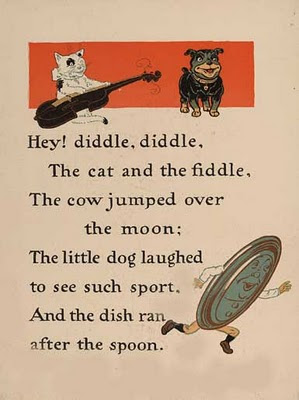 The last post from this series examined the kingdom of Utensia, described in The Emerald City of Oz (1910), the sixth book in L. Frank Baum's chronicle of the Land of Oz. In the next chapter (Chapter 17), Dorothy happens upon yet another marvelous foodscape in Bunbury, where she finds a society totally composed of dough. While Utensia may be noted for its abundance of utensils and lack of food, Bunbury is an enclave where everything, including the inhabitants, is edible (and quite delicious).

"How They Came to Bunbury"

After leaving Utensia, Dorothy, her dog Toto and the hen Billina come to a fork in the road. One road leads to "Bunnybury" and the other to "Bunbury." Dorothy suggests they follow the latter as it "sounds like something to eat," and they are still very hungry, having eaten nothing in Utensia. Once there, they see houses made of crackers and breadsticks, and villagers in the shape of buns. In fact, quite a variety of buns:

Some were thin and others fat; some were white, some light brown and some very dark of complexion. A few of the buns, which seemed to form the more important class of the people, were neatly frosted. Some had raisins for eyes and currant buttons on their clothes; others had eyes of cloves and legs of stick cinnamon, and many wore hats and bonnets frosted pink and green.

While at first she is relieved to find so much to eat, Dorothy has difficulty gaining the trust of the villagers who imagine she will eat them. Indeed, their suspicions are confirmed when Dorothy proclaims her hunger and asks if there is anything to eat. One bun states, "Everything in Bunbury is eatable to ravenous human creatures like you. But it is to escape being eaten and destroyed that we have secluded ourselves in this out-of-the-way place, and there is neither right nor justice in your coming here to feed upon us." They settle upon a solution, however. Dorothy is allowed to eat some unwanted items including a crisp waffle fence, an old cracker wheelbarrow, and a rarely used piano made of shortbread. The tension between the edible buns and the hungry mammals comes to a head however, when Toto mischievously gobbles up three crumpets and a salt-rising biscuit. With this unforgivable trespass, Dorothy and her friends are forced to to leave Bunbury, cast out in Garden of Eden fashion.

It is interesting that Baum characterized his bread characters with the class distinctions found in many human societies. The phrase 'upper crust,' commonly used in reference to elite society, is the obvious corollary in a land of bread. One villager introduces himself as C. Bunn, Esquire. He elaborates: "'C' stands for Cinnamon, and this place is called after my family, which is the most aristocratic in the town." To which another bun adds, "Oh, I don't know about that...the Grahams and the Browns and Whites are all excellent families, and there is none better of their kind. I'm a Boston Brown, myself." As in Utensia, Bunbury's villagers are named with tongue in cheek. A Mr. Over, known as Pop Over, for instance, is described as "a big, puffed-up man, of a delicate brown color." There is also a Mr. Johnny Cake, who is described to Dorothy by the class conscious Mr. Over as "a trifle stale...but he's a good mixer and never gets cross-grained." Baum creates a droll parallel between Bunbury and many human societies. Perhaps this is because bread is so closely tied to human nourishment. For many people, bread is a staple, symbolic of civilization itself. Indeed, when Dorothy and her companions read the signs "Bunbury" and "Bunnybury," Billina the hen remarks, "this looks as if we were getting back to civilization again."

To view "The Emerald City of Oz" in an online page-by-page format from the 1910 first edition, visit the University of Minnesota digital library. Chapter 17, "How They Came to Bunbury," can be found by entering page 200. 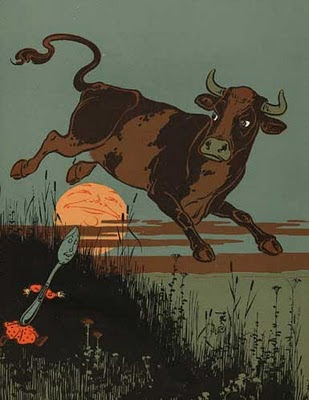 Posted by the five o'clock teaspoon :: fiveoclockteaspoon.com at January 19, 2011

I've been enjoying your posts on children's literature,
and L. Frank Baum has always been a favorite along with Johnny Gruelle. They really gave children a fantastic imaginary world to dwell on, didn't they?

Oh, The Emerald City of Oz is one of my favorites, probably second only to Ozma of Oz. I think you're right about the reason that different kinds of breads work so well to represent different kinds of people--after all, each class and culture has its own favorite type of bread, no?

But what you're really reminding me of is how much I love all those ridiculous Ozzy puns!

Miss K,
I like all bread, so I'm not sure which group I'd belong to:)
The puns are definitely the best part.