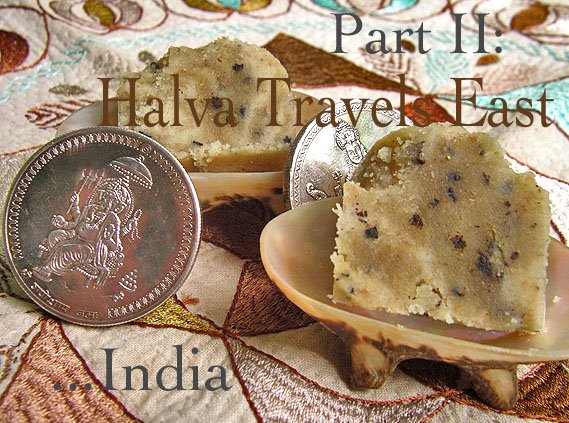 In India, halva (halwa) is just as varied as it is in Western and Central Asia (see Part I: Judeo-Arab Origins). Northern Indian specialties include dry halvas made from grains and nuts such as semolina, wheat, and almonds, and fruit and vegetable halvas made with carrots, beets, and winter gourd. Southern India and Sri Lanka are often known for denser confections made from grains, potato, or coconut.

Like most Indian sweets, halva is associated with many Hindu festivals, often appearing as a temple offering. While the observance practices for events such as Navarathri, the festival of nine lights, and Deepavali (Diwali), the festival of lights, differ from region to region, sweets like halva play an indispensible role. But how did halva, a sweetmeat originating in Western and Central Asia come to be included among the repertoire of classic Indian desserts?

As with many dishes that are considered to be quintessentially Indian, halva came to India from Central Asia via Mughal influence. With the establishment of Mughal rule in 1526, many aspects of Indian culture came to incorporate the Mughal emperors' Central Asian aesthetics and ideals. In Curry: A Tale of Cooks and Conquerors (Oxford: Oxford University Press, 2006), Lizzie Collingham illustrates the impact of Mughal economic policy on Indian agriculture. Farmers were encouraged to cultivate cash crops such as cane sugar, making a previously rare commodity quite common. As a result, standard temple food donations became largely sugar based. As Collingham points out, sweets were much easier to transport than soupy dals and rice. They also lasted longer, could be divided into small portions, and could be decorated with coloring or moulded into shapes to suit the occasion. Because halva was a dish favored by Muslim royal families, it is not surprising that the Mughals would have instructed their cooks to prepare the delicacy for them in India, thereby introducing halva to the Indian palate. According to Copeland Marks, Suji Halwa (Semolina Halva) was purportedly a favorite of the fifth Mughal emperor, Shah Jahan and his wife Mumtaz (Indian & Chinese Cooking from the Himalayan Rim, New York: Penguin, 1996). 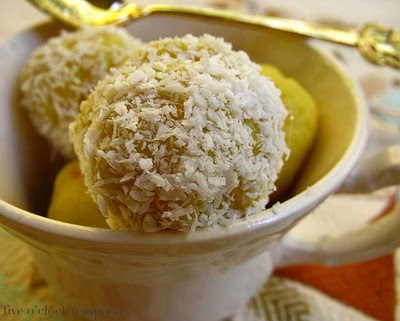 A variation of Suji Halwa, made with fine ground semolina and coconut.


Modern Indian halva recipes appear to be more related to the recipes for puddings, or khabis, given in the Kitab al-Tabikh (see Part I). Khabis are made by heating sesame oil, adding finely ground flour, sugar, fragrances, and spices, and cooked on low heat until the mixture comes away from the pot. Many dishes including Khabis al-Qar (Gourd Pudding) and Khabis al-Jazar (Carrot Pudding) use the same recipes as classic Indian recipes for gourd and carrot halva. 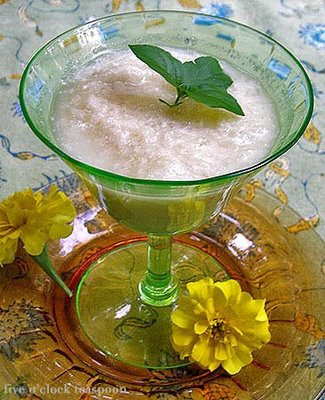 Loki halva uses grated loki, or winter gourd (also known as white pumpkin) of the Benicasa hispida variety, common to India and China. It can be found at produce stalls in your local Chinatown. I served it here as a custardy pudding but the mixture may be reduced until a fudge-like consistency is reached.


Halva was inducted into Indian cuisine along with an increase in sugar cultivation that was directly related to Mughal government. Thus the Arabic name, literally meaning sweet, became a term that describes a variety of Mughal sweets. And although it was introduced to India by foreign rulers, halva is seen as an authentic Indian dish. Halva may be served at various festivals in different religious contexts, yet this tasty confection, redolent with spices and aromatics acts as a mnemonic reference for culturally-specific experiences, like a piece of music, articulating a society's elusive, collective memory, something easily displaced in modern society.


The following recipe combines the dense nuttiness of Judeo-Arab halva with the rich aroma of Indian Chai tea.


1. Melt butter in a heavy bottomed saucepan over medium heat until hot and bubbling.
2. Add flours and stir with a wooden spoon to combine. Stir frequently so that mixture does not stick to the pan.
3. After about 3 minutes add the tea and stir to distribute evenly throughout the mixture. Continue to stir for another minute or two.
4. Mix in sugar or honey and stir continuously. At this point you can leave the halva on the heat (stirring frequently) for as little as 10 minutes or up to an hour. The flavor will deepen the longer it is heated but you must be very careful not to let it burn even slightly.
5. If you would like a more pudding-like consistency, add the milk a little at a time until the desired texture is achieved, continue stirring.
6. Allow to cool slightly and serve, or wrap in parchment paper and freeze or refrigerate until ready to reheat.
It is delicious topped with a dollop of honey and a splash of rose water.

* If your chai contains large particles like whole cardamom pods, remove before adding to the mix. Alternately you could brew a 1/4 cup of strong chai and use the strained liquid for a smoother texture. However, the flavor may not be as pronounced. 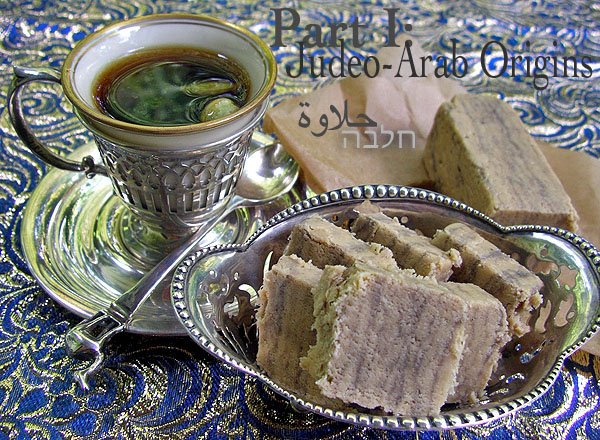 Halva is a simple dessert of almost universal appeal. Although indigenous to the Judeo-Arab regions of Asia, halva became a familiar treat in Europe and the United States, following the Muslim and Jewish diasporas as they spread throughout the world. It is known in variations throughout West, Central, and South Asia, for it can be adapted to include local ingredients that are available in large supply.

Some of the earliest recipes for halva appear in medieval Arab cookbooks such as the Kitab al-tabikh (known as The Book of Cookery), written by Muhammad b. al-Hasan b. Muhammad b. al-Karim, a 13th Century scribe known as al-Baghdadi. (Charles Perry, trans. A Baghdad Cookery Book. Totnes, UK: Prospect Books, 2005). Yet, halva likely predates Islam, as ancient Sumerian cuneiform tablets from Mesapotamia describe similar confections, made as offerings for temples and festivals.

Halva (also transliterated as halwa) is the Arabic word for sweet. Indeed the dish is based on sugar or honey, sometimes mixed with a binding agent such as cornstarch or grain flour, and oil or butter fat. Judeo-Arab halva is often distinguished from halva made in other parts of Asia by the use of sesame oil, which imparts a memorable nutty flavor. Although halva is a general term that can describe a variety of wet and dry sweets, the Kitab al-tabikh only mentions the dry type under this category.

Most of the halva recipes from the Kitab al-tabikh do not mention the use of flour. Eight recipes are given in which sugar is dissolved in water, heated until thickened, cooled, then turned onto a tile and kneaded until the right consistency is reached. This basic approach could be embellished with fragrances and spices such as various nuts, dates, cardamom, camphor, musk, and rose water, which would be added during the cooking or kneading process. Once the halva was ready, it could be cut into individual servings or moulded into shapes. Engaging the senses through visual and aromatic appeal was thus part of the culinary experience.

The components of halva can be adjusted to serve as many or as few people as desired. As it is easily sliced into bite sized portions, and keeps well, the sweet lends itself to large scale entertaining. Before the second half of the 20th century, halva gatherings were common in the Konya region of Turkey, a practice that is said to date back to the Seljuq dynasty (1037-1194) (Nevin Halici, Sufi Cuisine. London: Saqi Books, 2005).

At many Jewish festivals and celebrations, halva is a familiar yet enticing presence, evoking memories of past occasions. Gil Marks considers the importance of such food associations in Jewish culture in The World of Jewish Desserts: "It [Jewish desserts] is food that evokes the spirit of a Jewish community as it celebrates its festivals and life-cycle events. It is a dish that conjures up the joy of millions of Sabbath dinners or resounds with the memory of the mellahs (Jewish quarters in Moslem countries), ghettos, and shtetlach, in which for millenia Jews struggled to eke out a living. It is tradition." (New York: Simon & Schuster, 2000). When Sephardic Jews serve halva for occasions such as Purim, the Sabbath, and Hannukah, they are using food to support a sense of cultural continuity, not only preserving tradition, but defining and reinforcing the experience as an inextricable part of Jewish cultural identity as well. 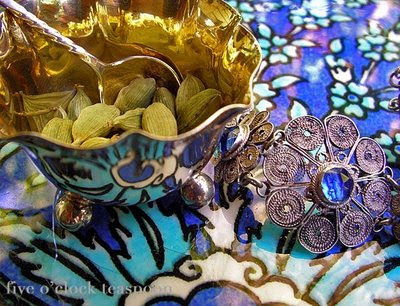