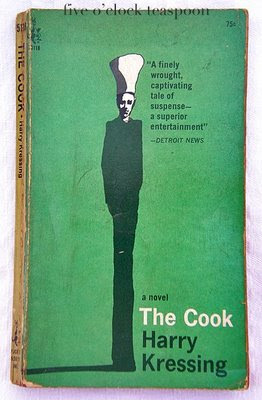 Food has the potential to be a very powerful tool. The preparer, or cook, is thus uniquely advantaged to exploit that control for her/his benefit, like an alchemist turning base metals into gold. The dictionary definition of a cook is "one whose occupation is to prepare food for the table; one who dresses or cooks meat or vegetables for eating." Yet, this meaning does little to convey the authority the position can command.

The use of food as an instrument for personal gain is compellingly revealed in The Cook, a novel by Harry Kressing published in 1965. The Cook is the story of Conrad, a man hired to cook for the wealthy Hill family in the bucolic village of Cobb, and his path to dominance over the household. Towering at 6' 6" tall and with an imperious demeanor, Conrad is formidable in both appearance and disposition. But it is his cooking ability that allows him to transform the domestic structure of the entire Hill estate, resulting in a new household order by the end of the story.

When Conrad arrives, he is told that the Hills like only simple food, do not linger over their meals with second servings, and never come into the kitchen. But after Conrad's first meal, a breakfast, is served to the family, one begins to sense a shift in the dynamics of the Hill household as the maid returns to the kitchen almost immediately with a request for more muffins. Another change soon occurs:

After breakfast a tall, statuesque woman came into the kitchen. "I'm Mrs. Hill," she smiled, concealing her surprise at Conrad's appearance. "I just wanted to tell you that your muffins were delicious."
Conrad inclined his head and thanked her.
And before Mrs. Hill left: "Could we possibly have some more muffins for breakfast tomorrow morning?"

From this point, food is used to exploit the characters' psychological weaknesses, whether they be feelings of inadequacy, lack of self esteem, or arrogance. Under Conrad's manipulation, the fat become thin, the sick become healthy, and vice versa.

As in a meticulously executed chess match, Conrad sets the stage for a deposition and redistribution of power, effortlessly maneuvering events and the minds of those around him. The reversal of roles evolves so naturally that even the reader is left bemused by the deftness with which the outcome is achieved.

Although out of print, it is well worth the effort to find an old copy of The Cook. Not much is known of the author and it is believed that "Harry Kressing" is a pseudonym. This only adds to the mystery of this delightful little masterpiece of ambition, greed, and cunning deception. 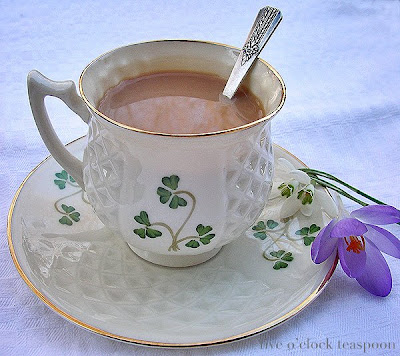 Posted by the five o'clock teaspoon :: fiveoclockteaspoon.com at March 27, 2009 8 comments:

Last week, at the end of February, early spring bulbs such as crocuses and snowdrops, were coming up in New York gardens. One of the earliest blooming trees is witch hazel (Hamamelis x intermedia), whose spindly petals, vibrantly hued in yellow to orange, make a striking contrast to any Winter/Spring landscape. In New York it is usually in bloom by late January or early February, but can bloom in December in mild temperate zones. 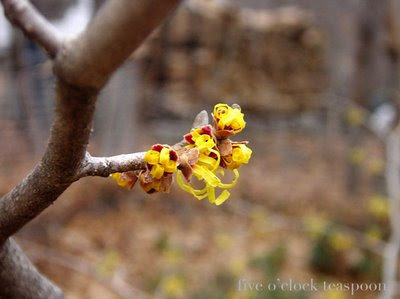 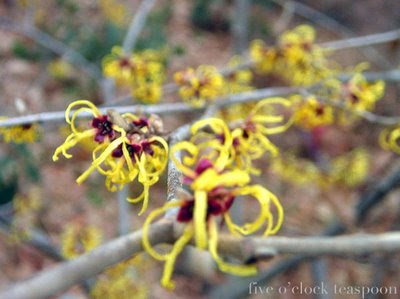 Yet to someone craving the sight of tree branches laden with the effusive blossoms of Spring, the April bloom time can seem like a long way off. Forcing indoors is a wonderful method of achieving the beauty of Spring months in advance. And it couldn't be easier to do. 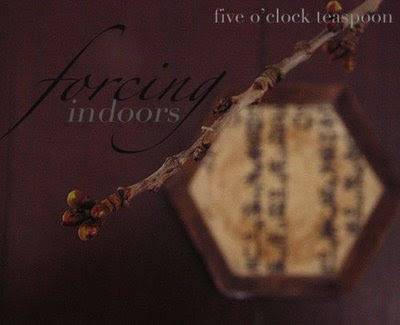 Choose any tree or shrub that flowers between March and May. Once buds are plump (this will happen in late January through February for early blooming trees such as cherry, and late February to early March for mid to late spring blooming trees such as dogwood and magnolia), cut some small branches that will not ruin the overall shape of the tree. Arrange the cuttings in vases indoors, where temperatures should be steady at 60°F (15°C) or higher. 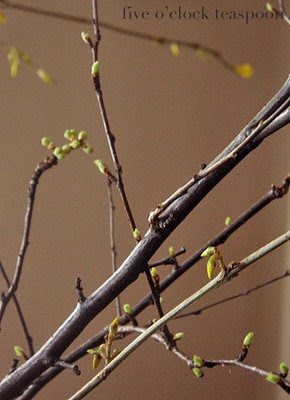 Cherry and forsythia buds, after about 5 days indoors.

On February 17th I brought in forsythia, a few cherry varieties, peach, Italian plum, and apple. By February 24th the forsythia had opened and the cherries opened two days later. If you bring in enough varieties, you can have a changing floral display, lasting several weeks. 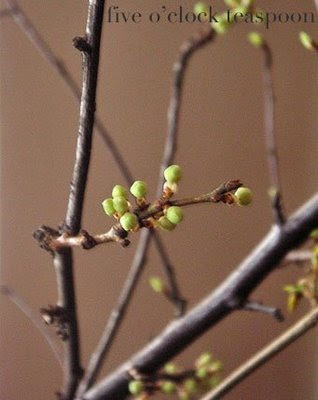 Viewing the flowering process indoors allows one to admire the buds at every stage as they quietly unfurl, coaxed into bloom by an interior warmth. 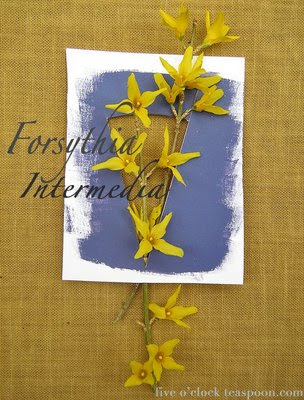 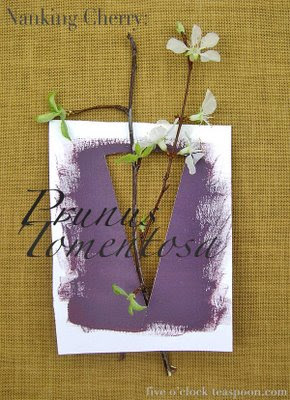 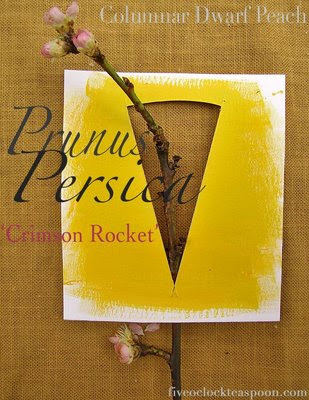 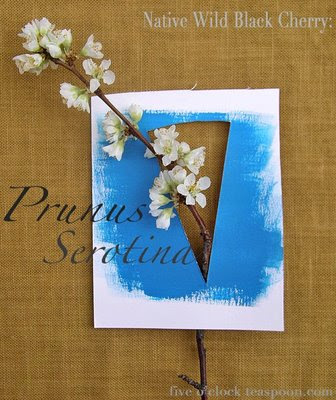 Posted by the five o'clock teaspoon :: fiveoclockteaspoon.com at March 05, 2009 4 comments: