When a friend of mine visited Brazil last year, her intrepid account of the trip on her always witty and entertaining blog, One for the Road Travel, brought to mind a classic cookbook that has long been out of print. Published in 1965, Brazilian Cookery: Traditional and Modern, written by Margarette de Andrade, describes the variety of cultural threads that run through Brazillian cuisine, mainly Native, African, and Lusitanian. Like many pre-1970s era cookbooks, the dishes are not photographed.  The charming illustrations of food-related activities in Brazil by the artist Hector Bernabó, known as Carybé, decorate the book throughout. Thoughtfully annotated recipes, many of which de Andrade transcribed from oral descriptions, are prefaced with essays on the role and development of foodways in Brazil. While many cookbooks are organized by course or a general ingredient category such as "vegetables" or "fish," de Andrade's chapters are structured around what she sees as important elements of Brazilian cuisine such as holidays, coconuts, Afro-Brazilian cookery, and beans and rice.  The intended audience is American, and de Andrade (neé Sheehan), a native New Yorker who married Brazilian journalist and diplomat, Gabriel de Andrade, makes every effort to facilitate an introduction to Brazilian food.  Detailed explanations are given of common Brazilian ingredients that were (and likely continue to be) exotic to most 1960s American kitchens, such as manioc, dendê nut oil, and malagueta peppers. There is also a listing of food importers and purveyors located in the U.S. (now mostly defunct) and an indispensable index of recipes that can be made with left-over egg whites or yolks. And, as I will show later, de Andrade is extremely generous to her readers. 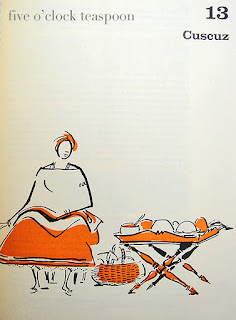 In examining cookbooks, it is always instructive to read the introductory pages in order to see what the author chose to include and exclude. De Andrade chooses recipes that would "find acceptance to the American taste and, at the same time, be representative of an orthodox Brazilian cuisine." Although de Andrade mentions culinary contributions from German, Italian, and Japanese immigrants, as well as the popularity of nouvelle French cuisine, she omits such foreign sources from the recipes.  Portuguese recipes are exempt from this exclusion, however, which de Andrade explains, "in the final analysis cannot really be considered foreign."  De Andrade thus implies the existence of an essential Brazilian cuisine, identified exclusively as native-afro-luso.

There are some points raised by de Andrade that I wish had been explained more fully. For instance, in the section on feijoada, a favorite stew made of beans and meat, de Andrade vaguely states that there is no record of the stew in Brazil prior to the 19th century, but that it became increasingly popular and eventually became the national dish. What factors contributed to its popularity and its rise to fame?  Similarly, a mention of buying vegetables from Japanese truck gardens left me wondering more about such local vegetable-growing communities. According to The Japanese in Latin America by Daniel Masterson and Sayaka Funada-Classen (2004), selling vegetables from truck gardens (gardens growing vegetables intended for local markets) was a secondary source of income for immigrant Japanese coffee farmers, who grew the produce in their coffee groves. 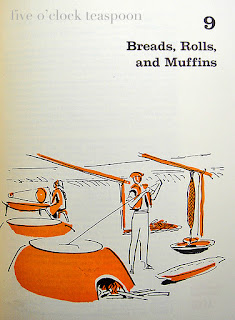 De Andrade describes the food of Brazil with genuine affection, the result of a long career in studying Brazilian culture.  In 1949 she was awarded the Brazilian Order of Merit and at the time of this book's publication had worked for the Brazilian Embassy in Washington for over two decades.  De Andrade's recipes are based on traditional Brazilian recipes that she began translating and collecting in 1927. Where possible, she lists the name of the recipe writer and her/his place of birth, solidifying the claim of authenticity. One of the most charming aspects of this book is the descriptive names of dishes, which de Andrade fondly explains are a hallmark of Brazilian cookery. "Old Clothes," "I Want More," "Mother-in-Law's Eyes," "Hurry," "Fatten Your Husband," "Nun's Sighs," and "Angel's Double Chins" are some of my favorites. De Andrade devotes seven chapters to Brazilian bread and confectionaries, of which many dishes were brought into circulation by Portuguese nuns, who made and sold the sweets.  De Andrade discusses the Brazilian flair for elaborately decorated cakes with particular attention to Cybèle Magro's Butterfly Cake, a two-page recipe requiring the use of a traditional butterfly-shaped cake pan. Can't find a butterfly-shaped cake pan? Not to worry-- de Andrade says she will loan you hers-- just call her up and ask her to send it to you.  Didn't I say she is generous to her readers? 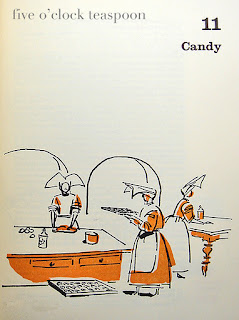 The following recipe for Sonhos, or Dreams, is one of the book's many beautiful Portuguese egg-based desserts.  De Andrade calls them cookies but they are baked in muffin tins and, at least from my experience, have a cakey consistency.  Dreams are not at all like muffins or cake, however.  They are extremely light and not very crumbly, more like a steamed cake.  The most unusual thing about Dreams is that the exterior crisps ever so slightly, giving them a taste reminiscent of meringue.  The last line of the recipe is adorable.