The Elderflower and Its Berries

"The scent of an elder-blow...is event enough for him." So said Ralph Waldo Emerson of a poet's heightened sensibilities.  Indeed the lacy blooms of the common elder bush, Sambucus nigra, cast a fragrance with the pungent verdure of sweet, fresh cream -- a scent that only June flowers lay claim to.  From late May to June, the flowers are used in culinary preparations such as elderflower cordial and salads, and in July, the sweet-tart berries may be used in wines and baked goods such as tarts. 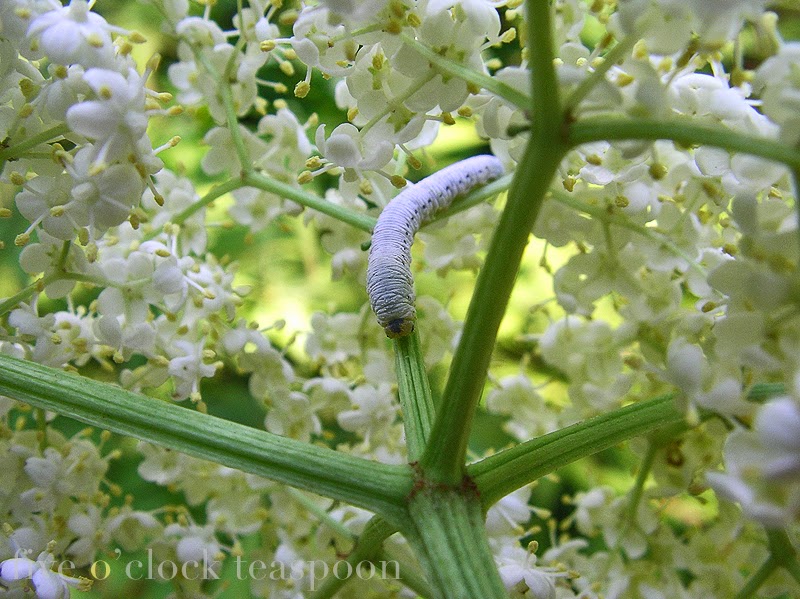 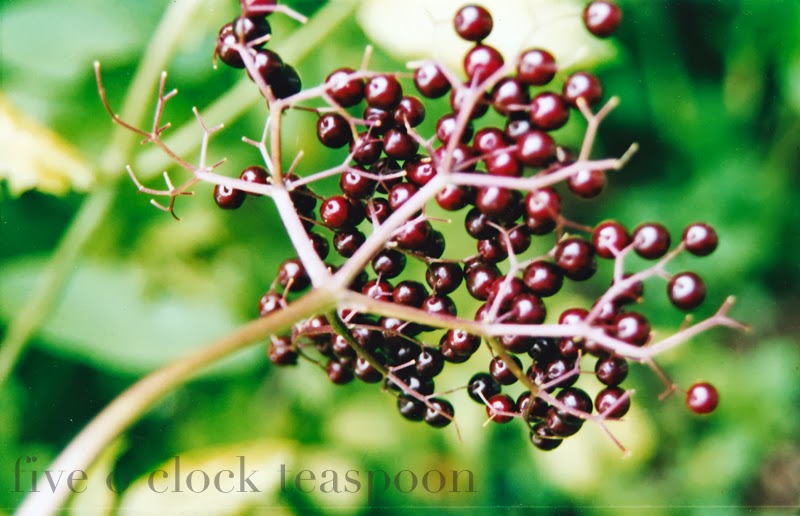 Elderflower heads make lovely fritters, developing cauliflower-like incrustations.  They are surprisingly sturdy, holding up well to the heavy batter, and are easily dipped into and removed from the batter and oil by the stem. 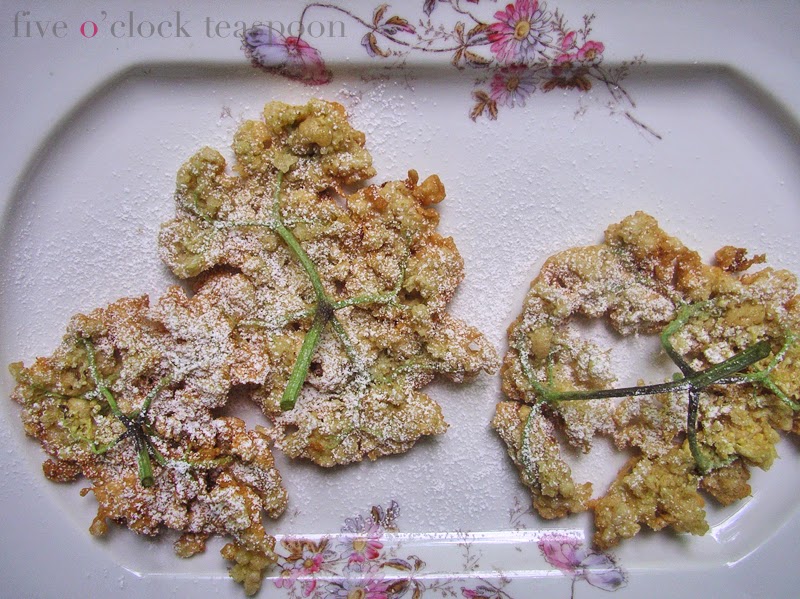 1. Gently shake off any insects dwelling on the flowers.  Beat the egg whites until stiff peaks form.  In a separate bowl, beat egg yolks, milk, and flour until well-blended.  Gently fold the egg whites into the flour mixture.

2. Wash elderflower heads under cold water and set aside (do not dry). In a small saucepan (about 6 to 7") add about a half inch of oil.  Heat until small bubbles appear and then reduce heat slightly.  Holding the stalk, take 1 flower head and plunge into batter.  Swish around until completely coated, then drop into oil and cook until golden brown.  Gently remove from the oil and place on a plate lined with paper towels.  Repeat with remaining flower heads.  Alternately, the flowers can be deep fried in a larger saucepan using about 4" of oil. 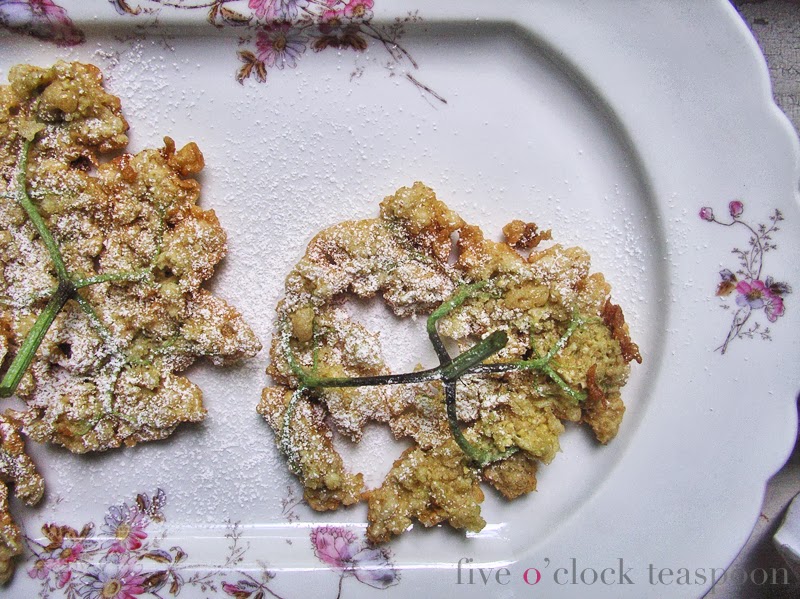 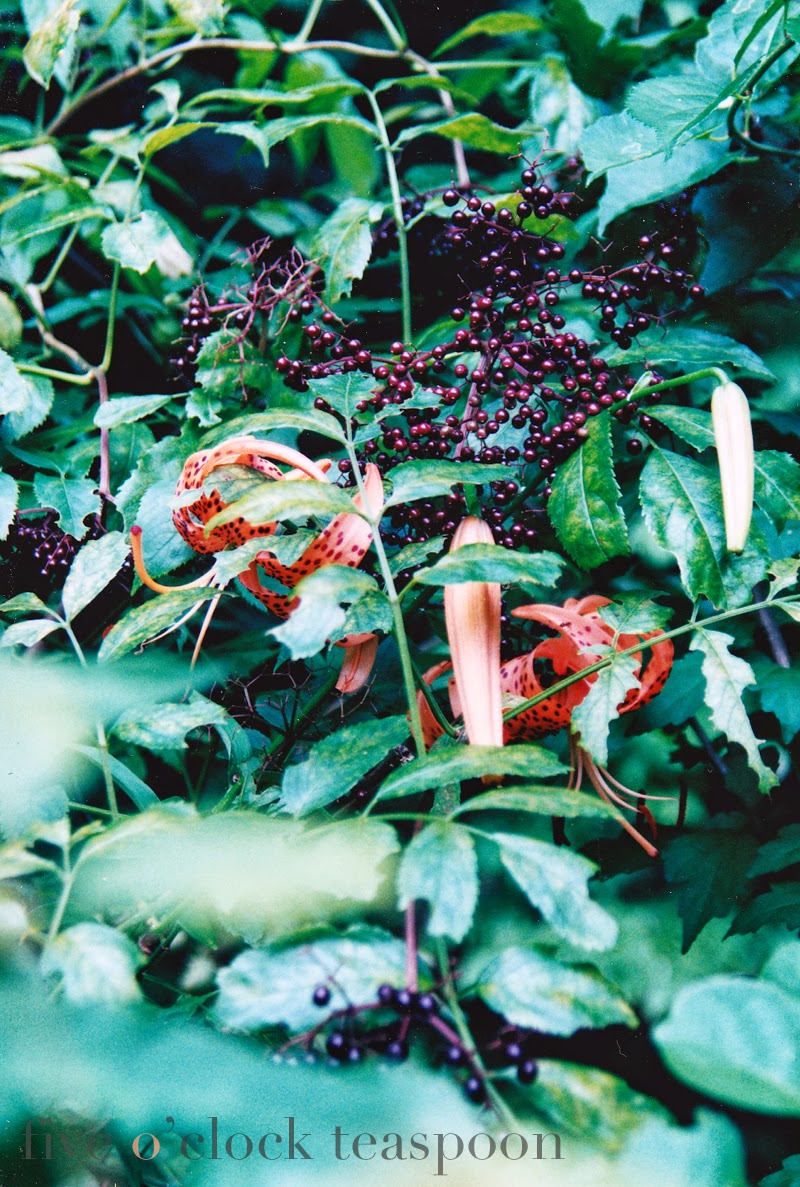 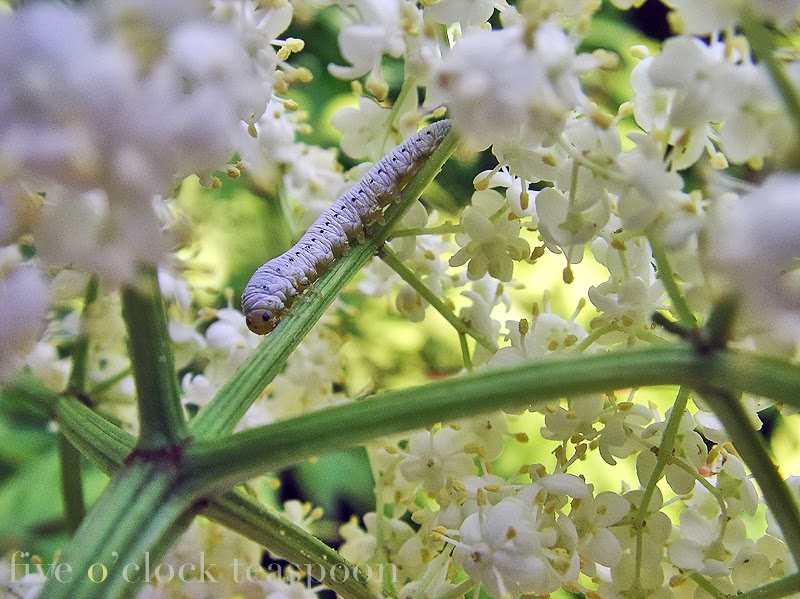 Posted by the five o'clock teaspoon :: fiveoclockteaspoon.com at July 01, 2013 1 comment: