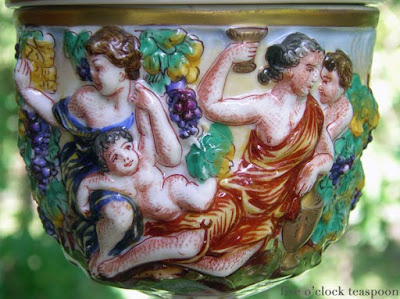 A few years ago we started growing Concord grapes in our garden. The grapes were planted in front of a tall mixed privet and rose hedge that borders one side of our small orchard of dwarf fruit trees. In our eagerness for grapes we hadn't decided upon a support structure for the grapevines. Soon the grapevines began reaching into the fruit trees. I later learned of archaeological evidence that suggests that grapevines may have been supported by fruit trees in ancient Pompeii.

Located in western Italy, near the Bay of Naples, the city of Pompeii was buried in lava after the eruption of Mt. Vesuvius in 79 CE. Excavations unearthed many properties with attached gardens. The House of the Ship Europa for instance, is one of many households destroyed and preserved by the lava, that had a market garden behind the house. The preserved root cavity formations reveal that fruit trees may have supported young grapevines, not an uncommon practice in gardens at the time.

Roman scholar, Pliny the Younger (c. 61-112 CE), describes a similar arrangement in his garden in Laurentum (located in the countryside outside of Rome), with ivy twining around the trunks of plane trees planted in rows, forming elegant swags as the ivy linked tree to tree.

It wasn't a new idea even in ancient Rome. Depictions in Assyrian bas-relief sculptures from the 7th-8th centuries show grapevines trained along cypress trees, joining to create an arbor.

In our garden, the grapevines twined into the fruit trees on their own and they look rather attractive and are producing well, so we've left them this way for now. The trees offer a rustic alternative to more formal supports and allow a pleasant surprise as grapes peek through the leaves in September, well after the trees' summer fruiting season has ended. Of course Concord grapes are a North American variety and were not used in ancient Rome, yet any variety will work with this method. 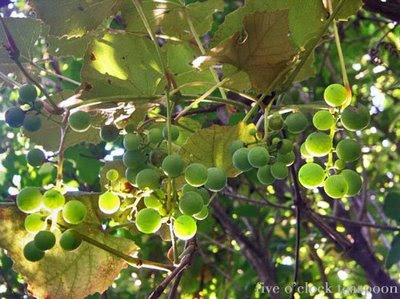 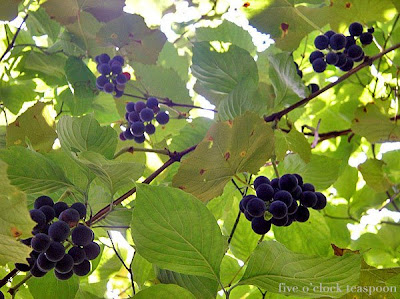 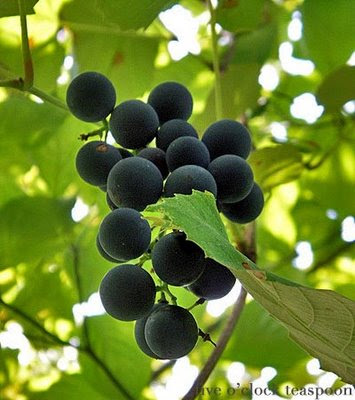 Ripened Concord grapes, ready to be picked in early September

The grapes are delicious on their own, warm from the sun. But because there were so many I decided to try a recipe for grape pie that appeared in Bon Appetit. The pie was delicious with an unusual flavor, rich with the muskiness of Concords. The filling also turned a vibrant amethyst color in the oven. 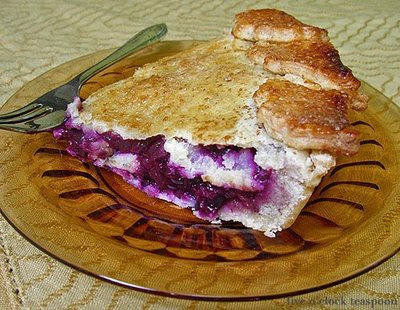 Concord Grape Pie, from the September issue of Bon Appetit 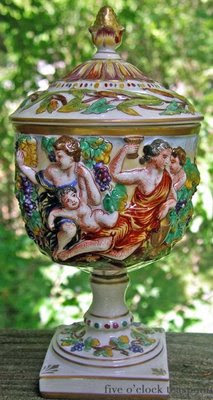 It's such an interesting and surprisingly uncommon idea to use grapes in a pie. I wonder what other varieties may also be used. I hope to
try the recipe soon. Thank you.

What a charming concept for the vines...
I hadn't known about the Roman cultivation
in the way you described but it makes sense
and is very economical of space as well as
being attractive and unexpected.