Banana Economics, or How to Peel a Banana 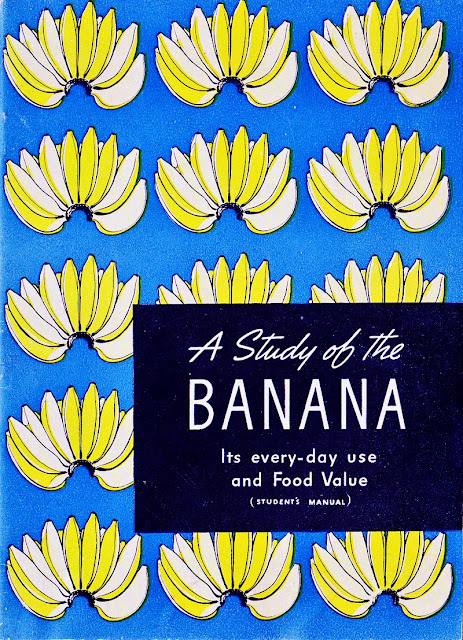 As commercial printing became more affordable and widespread in the late 19th century, food companies in the United States increasingly published promotional material designed to educate the consumer about new foods, production and preparation methods, and brands.  With commodities such as milk and fruit, these booklets were often published by a central source that represented a number of smaller companies, thereby linking up regional distribution centers and presenting a uniform image of the product that could be disseminated across the country.  Such booklets assumed limited knowledge on the part of the consumer and provided basic information such as how to determine a fruit's ripeness, as well as scientific attestations to health benefits. 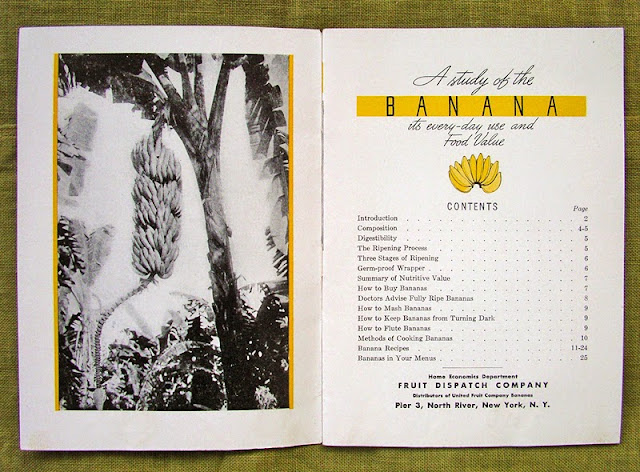 Booklets were typically authored by women affiliated with the company's home economics department.  In the vein of ladies' domestic manuals of the 19th century, these booklets transmitted ideas about the science of nutrition (presented as a male domain) to an assumed female consumer charged with preparing family meals.  A Study of the Banana: Its Everyday Use and Food Value (1942, 5th ed.) is one such example, produced by the Home Economics Department of the Fruit Dispatch Company, Distributors of United Fruit Company.  Although no single author's name is given, a first edition copy of the same title is credited to Ina S. Lindman, who was director of United Fruit Company's home economics department until the 1950s. 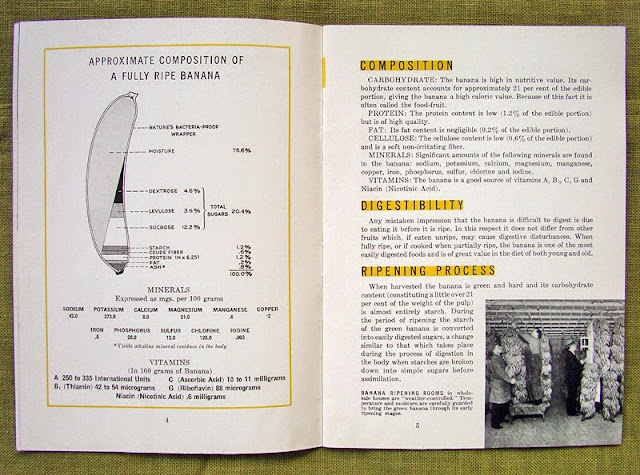 It can be interesting to contrast the information presented in such booklets with current renderings of the same food item.  For instance, if one compares the nutritional facts stated in the booklet with the current data listed on the USDA's and the Chiquita Banana website, it appears that today's vitamin and mineral levels are significantly lower.  Perhaps the data are computed differently today, but if the numbers published in 1942 are correct, then for every 100g of raw banana, there has been a decrease in iron (about half), magnesium (4 mg), phosphorous (4 mg), and potassium (15 mg).  Oddly the booklet lists 42.0 mg of sodium, which is grossly out of proportion with today's 1.0 mg, suggesting a misprint.  I wonder if the other editions show the same figure. 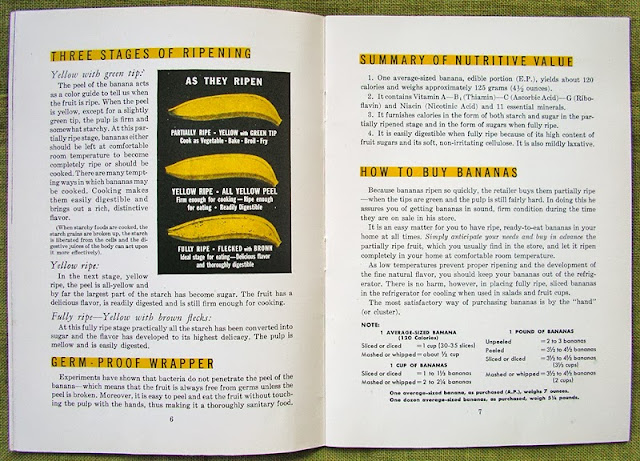 In branding a Latin American food crop under one North American corporate entity, United Fruit Company exerted an imperialist influence with political, environmental, and social repercussions.  Through material such as booklets, food corporations tacitly reinforced a distinction between those who produce and those who consume.  Here, it is clear that the booklet speaks to white American consumers of all ages, as illustrated in the photographs below. 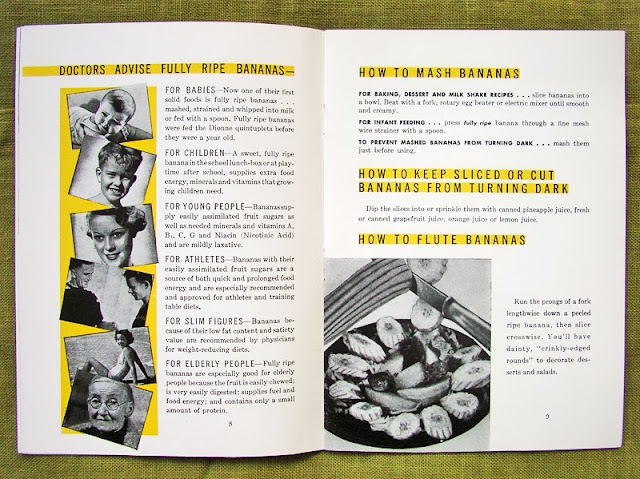 This 1942 edition is illustrated with a jolly though rather generic anthropomorphic banana.  Two years later the United Fruit Company adopted the feminized Chiquita banana logo, based on the entertainer, Carmen Miranda, further commodifying indigenous culture and entrenching notions of exoticism. 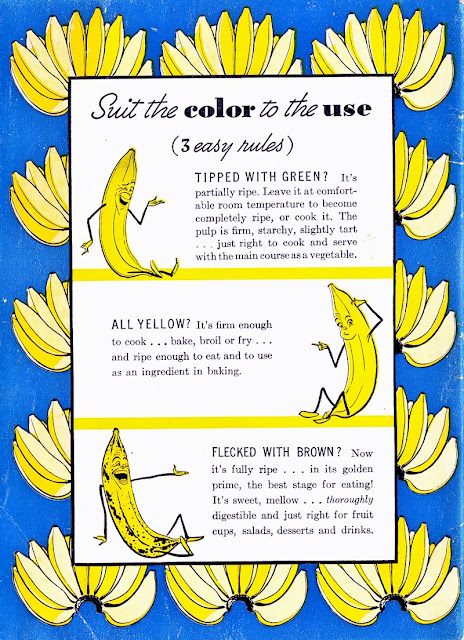 Posted by the five o'clock teaspoon :: fiveoclockteaspoon.com at May 31, 2013

I enjoyed your insight on the depiction of the banana
to the American consumer of the 1940's. Such
booklets reveal much about our food product
distribution and its exploitation of both natural resources and populations.